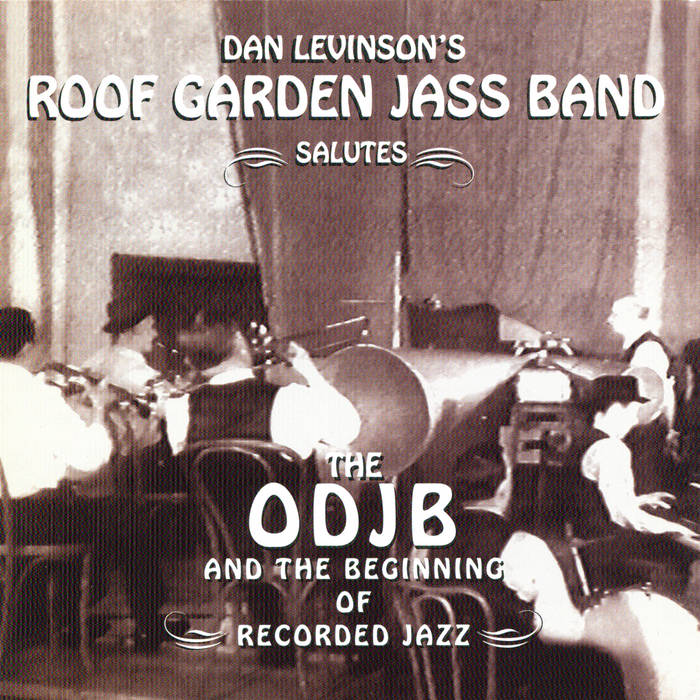 In 1987, Dan Levinson, then a senior at New York University, organized a five-piece band for a concert celebrating the 70th anniversary of recorded jazz. The phenomenal success of that event inspired a repeat performance across the continent in the Roof Garden of Los Angeles' famous Variety Arts Center, from which the band took its name. Since then, the Roof Garden Jass Band has performed for jazz societies throughout the Northeast, as well as at the Tribute to Bix Beiderbecke Festival in Wisconsin, the Orange County Classic Jazz Festival in California, the Hot Steamed Jazz Festival in Connecticut, and Dick Hyman's Jazz in July Festival at the 92nd Street Y in New York.

The Roof Garden Jass Band is the only band in existence devoted exclusively to this neglected era in jazz history, a time of transition when jazz - or "jass," as it was originally known - still retained many elements of ragtime. In those evolutionary days, jazz bands played for dancers, and the music was almost entirely ensemble rather than a succession of instrumental solos.

"Dan Levinson's Roof Garden Jass Band Salutes the ODJB and the Beginning of Recorded Jazz" is the band's debut album, released in 1998. It contains 16 authentic re-creations of recordings made between 1917 and 1921 by the Original Dixieland Jazz Band, the first band to record jazz. In addition, Dan Levinson's group has included five "hypothetical" interpretations of numbers known to have been played by the ODJB but never recorded by them.

All selections transcribed from the original recordings or arranged by Dan Levinson except track 10, transcribed by Rosy McHargue. Tracks 5, 8, 13, 17 & 19 contain selections played by but never recorded by the ODJB, and are performed here in such a manner as to demonstrate the way they might have sounded.

Acknowledgements: H.O. Brunn, Rosy McHargue, Alison Fazio, Joe H. Klee, Virginia Mallon, Joan Levinson. Very special thanks to Jody Krieger and Art Levinson, without whose assistance this project could not have been completed.

If you like Dan Levinson's Roof Garden Jass Band Salutes the ODJB and the Beginning of Recorded Jazz, you may also like: