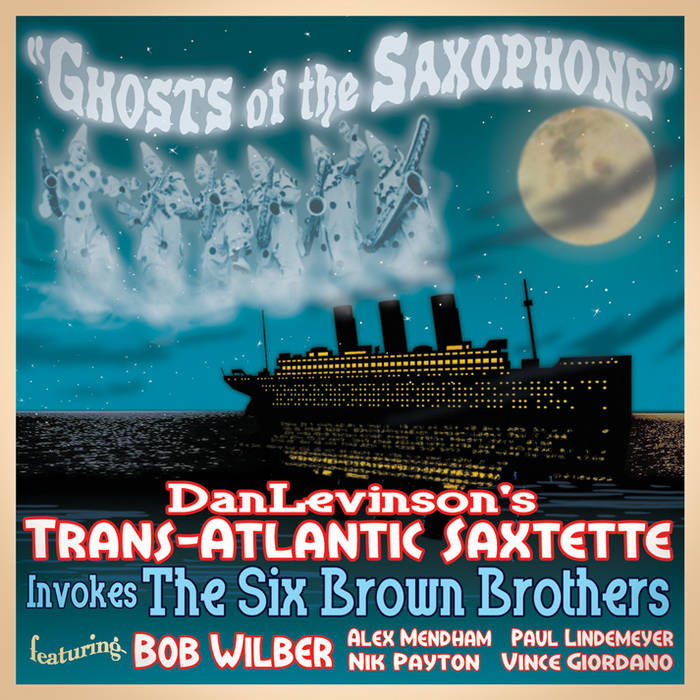 The Six Brown Brothers were a saxophone-playing vaudeville troupe during the teens and twenties, who enjoyed phenomenal popularity and helped to launch the saxophone craze that swept across America beginning around 1915. As the first saxophone ensemble to make records, they spawned dozens of imitators and inspired a generation of young musicians to take up the instrument.

Ghosts of the Saxophone brings together an all-star aggregation of reedmen from both sides of the Atlantic: Paul Lindemeyer, Vince Giordano and Dan Levinson from the American side; world-renowned jazz legend Bob Wilber, Nik Payton and Alex Mendham from the British side (although Mr. Wilber is actually a transplanted American).

With informative liner notes by Bruce Vermazen, the undisputed authority on the Six Brown Brothers and author of "That Moaning Saxophone: The Six Brown Brothers and the Dawning of a Musical Craze," Ghosts of the Saxophone is a delightfully entertaining voyage into the world of ragtime saxophone, a vital yet largely unexplored chapter in the instrument's evolution. These 22 saxophonic melodramas will transport you back to a glorious moment in time when six ghostly figures, their silvery horns gleaming, tripped the light fantastic into the star-studded firmament, before vanishing along with their era into the Sea of Oblivion.

If you like Ghosts of the Saxophone: Dan Levinson's Trans-Atlantic Saxtette Invokes the Six Brown Brothers, you may also like: