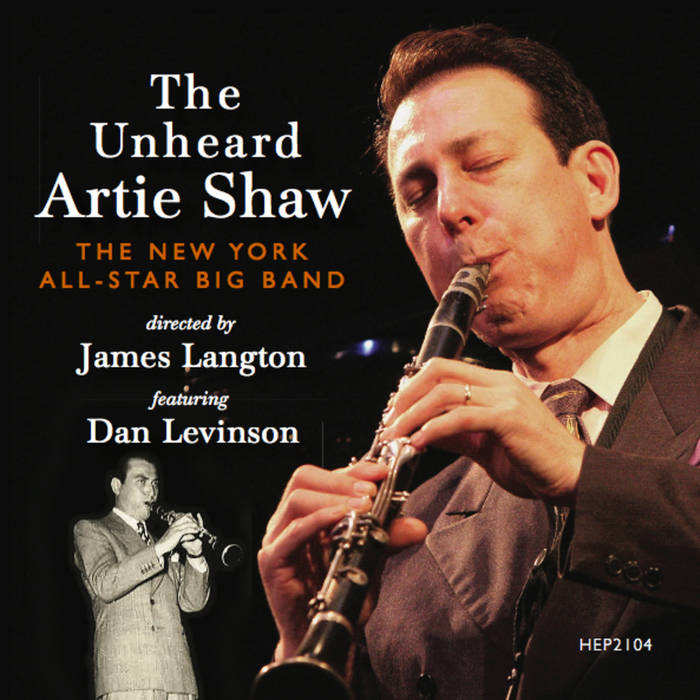 "The Unheard Artie Shaw" features a selection of arrangements from the Artie Shaw archives that were never commercially recorded by his band. Bandleader and Swing Era scholar James Langton spent many years sorting through the tattered old manuscripts and painstakingly editing them for performance. This treasure trove of would-be classics, arranged for Shaw's 1938-39 band by Jerry Gray, Joe Garland, Eddie Durham, and even Shaw himself, includes what potentially could have been Shaw's most memorable contributions to the Swing Era canon. Several of them were performed live by Billie Holiday during her brief period with Shaw's band. The New York All-Star Big Band, in keeping with its name, boasts a stellar assemblage of New York City's best musicians, who expertly and authentically replicate the sound of Artie Shaw's 1938-39 band.

James Langton - conductor, tenor saxophone
Dan Levinson - clarinet soloist
Molly Ryan - vocal on "Stairway to the Stars" and "And the Angels Sing"
Moanin' Mary - vocal on "Them There Eyes", "The Moon Looks Down and Laughs", "Trav'lin' All Alone", and "You Go to My Head"